We specialize in affordable, efficient, and comfortable net-zero homes in the Hudson Valley.

Heat and cool with dirt, not oil. Yes, dirt! The ground beneath your feet is being used by millions to heat and air condition their homes. Geothermal heating and cooling is FOUR TIMES as efficient as traditional HVAC systems, costs less to operate, and can be a smart investment.

Try the savings calculator to get an estimate of price, savings, and financing for a geothermal system in your area today!

The energy tax credit has been extended through December 31, 2032! The 30% federal tax credit for energy-efficient home upgrades won’t last forever, so take advantage of it today to pile savings on top of savings.

No matter what climate you live in, the temperature throughout the year varies. For some climates, temperatures will swing from blazing Summers to frigid Winters. What many people don't realize is that the temperature below ground, regardless of climate or season, stays fairly consistent all year-round.

How Much Will Geothermal Cost?

Geothermal energy is a home comfort system that will pay you back for installing it. Make your next move as a homeowner into a smart investment.

Geothermal energy provides a renewable resource all day, every day, through every season, for years and years. It is the most energy-efficient way to make sure your home is comfortable no matter the weather outside.

How Much Can You Save?

We specialize in projects striving for net zero energy. Since 2002 we've helped push the envolpe in netzero energy homes (NZE)... infact we helped built the first net-zero home to achieve a HERS index of 0. Check out this featured Net Zero Energy project.

WaterFurnace continues to be one of the industry's top leaders because, year after year, they have sold more geothermal systems for homes and residences than any of their competitors. Why? It is due to their company's keyvalues being built on innovation, quality, and an unwavering commitment to having the best possible customer support. WaterFurnace dealers and installers are among the top trained professionals in the business. It is because of these qualities that WaterFurnace has become the first and best choice for selecting residential geothermal systems and products. Be among the first on your block to reap the savings from a system that is "Smarter from the Ground Up."

I've been working with getting building envelopes to work for the last 15 years to make geothermal more affordable. And about seven years ago, I started working with net zero energy designs and have come up with some replicable models that work.

The poster I'm presenting on is the Hudson Valley Clean Energy building. It's a little over 5,000 square foot building that's an office and shop area. The Hudson Valley Clean Energy is a company that install solar and geothermal, so it was natural for them to go zero net energy. We had to do an ultra high energy performance design in order to make the 15 KW limitation we had work. And what you'll notice, the annual energy bill is only $265. That total is what we have to pay the utility to be connected to the grid. There's no electric charge at all.

One of the things that you'll notice here is that our performance levels on the building really don't seem that excessive. You'll see the R10 for the floors and the walls are just R20. The only place we really went up high is the warehouse ceiling, because it was a flat trussed ceiling and the cheapest R thing to blow in is cellulose. And once you start blowing it, it's so cheap to keep going, why stop? I'm serious about that. That's the easiest way to get extra R there. And we did use thermal pane windows, but the model they decided on was, because we're limited to 15 KW, go with small windows and limit the amount of day lighting. So we really are kind of the opposite of what everybody else has been doing, but we're also in a different kind of climate. We're a very heating-dominated climate and we really had to watch our heating loads. Most of the people do get some light, but there's four desks where they really have to crane themselves to even see out a window. And we use geothermal equipment. One of the things to notice is that there's 1,500 feet of ground loop. That's excessive by the idea that we want to maintain minimum first cost, but it's not excessive when you're looking at operational efficiency. And so what I actually ended up doing is our geothermal units are actually operating significantly more efficient than the manufacturer ratings would show. And that's a big reason why we've gained the efficiencies that we had is that we were designing for operation, not for first cost.

I think this slide is really good about it. What it shows is that we had a lot of electric generation in the spring and the summer, almost none in the winter when we needed it the most. So the heating dominated climate that we're in, it's really hard to use solar thermal to heat because you'd literally have to store it in the summertime for wintertime use. So the PV works really well for us with an electrical type generation. And notice that we generated actually more than we predicted. We're finding that the units are producing almost 10% more electricity than the manufacturers are predicting. And again, the only energy bill is for the connections.

The big thing that they did is they borrowed over $100,000 more to build the envelope right, to put in the geothermal and to do the solar. But when they calculated the energy savings, they actually, on a monthly basis, we're saving money. So when people talk about payback, the one question I keep asking, and if anybody here is smart enough to be able to answer this for me, I'd really like to know it, if you borrow somebody else's money and at the end of the year you have money in your pocket, what's the payback? And that's really where we can go. We really can get to that point. It's really possible to do it. And the hardest thing that I've actually had in selling to building owners is they say to me, "Okay, fine. I'll buy it." But what happens if in 10 years I go to sell my building? How am I going to get it back? And quite honestly, that's probably the most difficult point that I have to answer. I'd really like to see some kind of national mortgage fund for net zero energy buildings because it's the only thing that's stopping me from having clients lining up on my door.

The idea that I came up with is that you really got to squeeze the energy first. And I was really glad to see that everybody has been talking about this exact thing. It's easy to get to 30%. I consider it child's play. Getting to 50% is harder. It's much harder. Getting to the 70% where you need to be, it's really difficult to do it because first of all, not only do you have to design into it, but then you got to make sure that the contractors are doing it. And it's not the big stuff. It's not the big pieces that you're putting together. It's the little stuff. It's the thousand little details. And if you don't pay attention to the details and you make sure the guy who's putting the caulk in has not only put it in the right place, but putting it in completely because if he caulks it 90%, it's almost non-affected. That's the one thing that I've found is the buildings that are built to the same standards, one of them is producing almost half the load that the other one is, and it all has to do with these small details of air ceiling. And again, remember, I'm talking about the [inaudible 00:05:36].

So start with the zero energy as a goal. If you don't start with this as a goal, you're never going to get there. Design for maximum operating efficiencies. Don't look at first costs, look at operating costs. And then pay attention to the minute construction details. Carefully commission the systems. Make sure that they're working the way they're supposed to. If they're not, make the corrections then. Then you got to develop an operation plan. You've got to make sure that the people know how to not just operate the equipment, but maintain the equipment and train the staff. The only way this building ended up net zero energy is the president of the company took it upon himself to be the energy master. And he looked at every single load. He was constantly monitoring. In fact, one of the things you'll see on the poster on this is we got a lot of meters. There are so many meters in the building because it was the only thing that we found that was accurate enough to constantly give us the data. And on top of that, we developed better systems. We've kind of got a proof of concept now, we're into beta testing, where we literally can see when the fan speed picks up so it's using more energy and maybe you got to clean the filter. So we can get down to that detail.

So in conclusion, a net zero energy building is no mistake. Thank you. 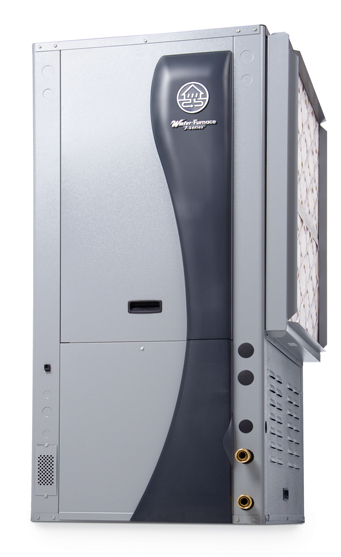 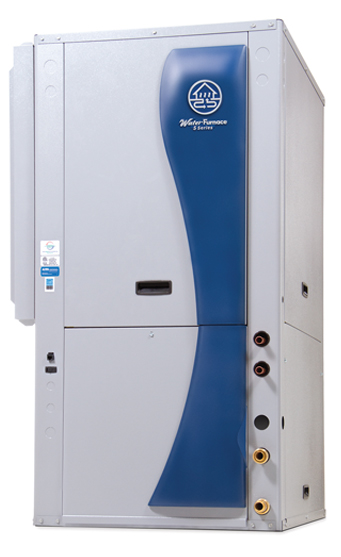 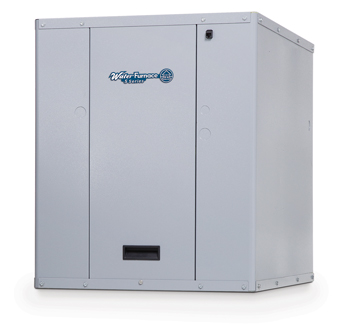 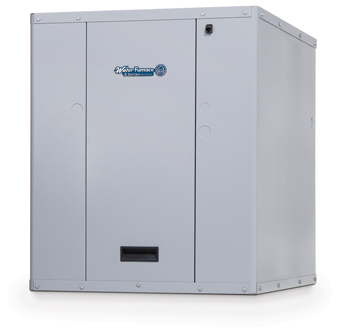 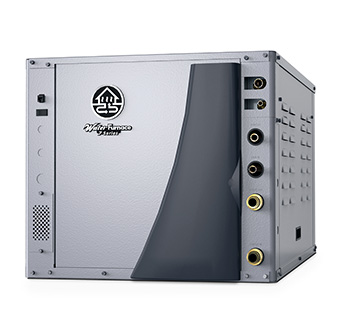 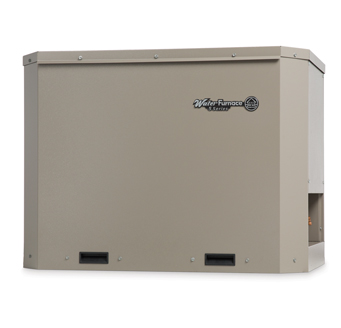 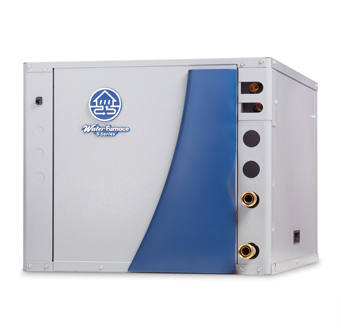 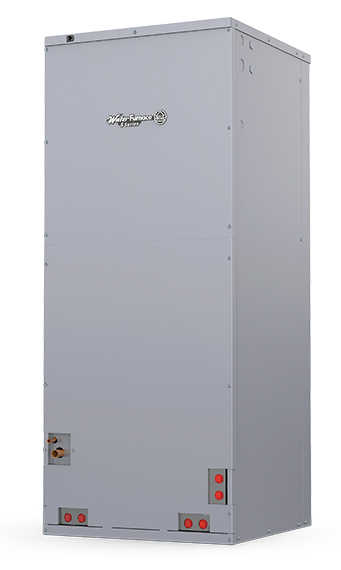 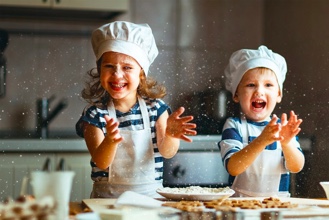 Learn how Geothermal systems efficiently heat and cool your home. 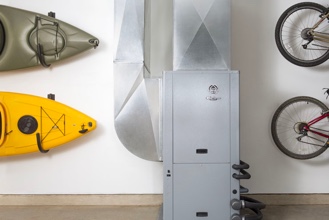 A great balance of value & performance. 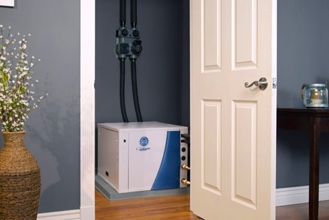 A great balance of value & performance.

If you are searching for a company that has a total in-house operation and a proven track record for providing homeowners with all of their WaterFurnace geothermal heating and cooling needs, you can trust Verdae Geothermal. Our company is proud to offer the following services to all of our customers...

Your Expert Geothermal Source in The Hudson Valley